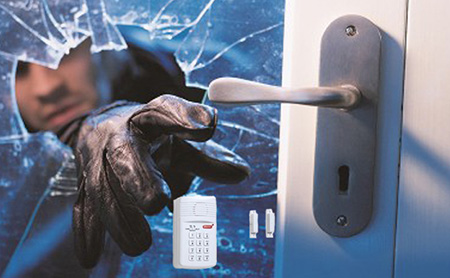 An intrusion alarm system prevents the entry of unauthorized people into certain spaces by detection of their presence, visual and sound alarming and silent remote notification of the intervention teams.
Such a system is made up of: