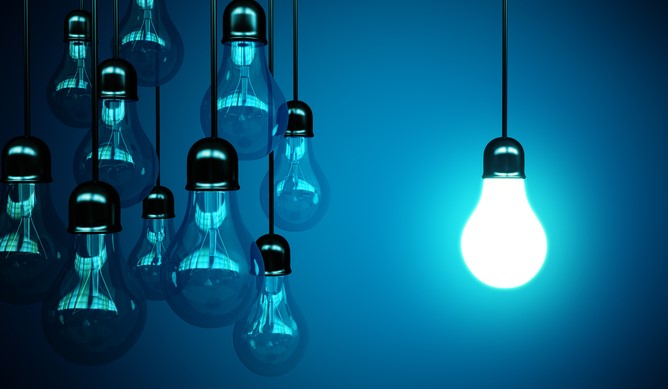 Over the past 5 years, Electrica Transilvania Nord has been building a virtual infrastructure based on VMware vSphere Enterprise hypervisors meant to support several virtual machines for the current workloads: application servers, messaging servers, patch inventory and distribution servers, Domain Controllers and so on. The firs cluster realized in 2012 was built using existing servers, improved to a level that may support several virtual machines. That project was from a series of standpoints a sort of “pilot project” to validate the functionality and stability of VMware virtualization solutions within Electrica's data center.

Over time, more performant servers have been used, optimized for the hypervisor role, which resulted in the consolidation of several virtual machines and an increase of the consolidation rate. The latest cluster we created brought innovative technologies of the inline SSD caching category for the read-write operations towards the storage system. Although Electrica Transilvania Nord does use a centralized storage platform, virtualized through new-generation (IBM, SVC) SAN Volume Controllers, which contain an SSD layer for the caching operations, the use of such technologies at server level as well provided extra performance to the virtual machines hosted on this cluster and relieved the SAN network of millions of transited IOPs. A part of the present project consisted in the very expansion of this cluster by adding 3 new hosts, equipped with the same SSD caching technologies both for the READ operations and for the WRITE operations of the virtual machines. Concurrently the latest version of the caching platform Pernix Data FVP was also installed.

According to the ETA2U experts, in Electrica's infrastructure, this system allowed saving, within a 30-day time range, over 7TB of traffic towards storage and provide over 80 million read/write operations directly from the server, without the data reaching the storage system. Consequently, this functionality allowed running all the virtual machines within this cluster with a maximum latency of 5ms for the read/write operations.

"On the other hand, another advantage of the implementation of this project was the decommissioning of the first VMware cluster created, thus avoiding additional purchase of VMware licenses, given that the new hosts took over the decommissioned systems' licenses. The computing power reserve was also significantly increased , Electrica having now available over 500GB of additional RAM and approximately 120GHz of processor resources.

The second main objective of this project was migrating the Microsoft Exchange messaging system from the 2010 version to the 2016 version. This had to be done without interrupting the messaging services operation for the 1k users. Certainly, this process had a series of prerequisites, which imposed the introduction of some new Domain Controllers into the infrastructure and the Active Directory Schema update as per the changes brought by Exchange 2016. Furthermore, significant changes were made to the Autodiscover system as well as the Web-access mechanism ” – stressed Cristi Leoveanu, ETA2U Business Unit Manager.

To ensure a migration without functional interruptions, the new messaging system had to coexist with the old one, so that the migration of the users' mailboxes would be carried out gradually and consistently, with no unread messages left on the old system. This coexistence imposed the application of complex SMTP-messages routing rules between the two servers as well as setting the configurations of the Outlook clients so that they would be automatically redirected towards the server that hosted the related mailbox.

Exchange 2016, implemented by ETA2U's team, brought a series of technological improvements that Electrica Transilvania Nord can take advantage of:

The scalability of the new messaging system as well as the update of the operating systems from the Domain Controllers allows an extra range of several years of use without major interventions being necessary at the infrastructure level. Moreover, the security elements brought by these new versions may support the operation of these platforms under secure circumstances, adding to the security policy of the company by means of the source code resilience from these critical applications.

Yet another successfully-completed project by ETA2U in partnership with Electrica Transilvania Nord, an Electric Utility providing modern, high-performance services. We are honoured to have had the opportunity to conclude this project of such impact and reconfirm that this partnership means valuable benefits for our clients.

For further information, please contact our colleague – Cristian Leoveanu, ETA2U Business Unit Manager, at: This email address is being protected from spambots. You need JavaScript enabled to view it.