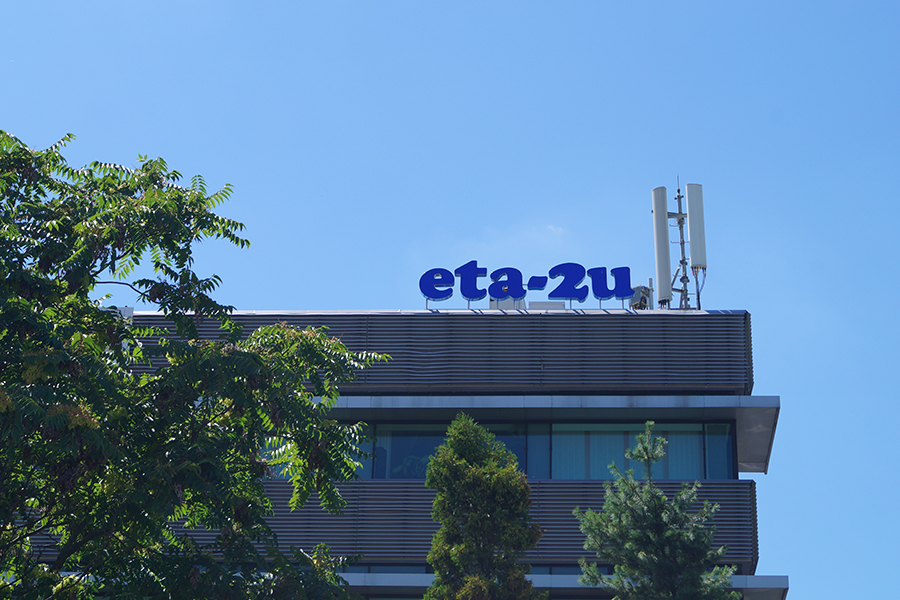 The largest 45 players on the local market of IT & C solutions integration and delivery recorded last year a turnover of 3.7 billion lei (826 mill. Eur), equal to those in 2014 and number one by revenues was Hewlett -Packard Romania (a subsidiary of the Americans from HP Enterprise), according to the data available on the website of the Ministry of Finance and analyzed by ZF. The 45 companies have obtained in 2015 a net profit of 116.2 mill. Lei, down 30% from the previous year, and had an average of 6,282 people, an increase of 604 persons compared to the previous year. For comparison, Orange Romania, the local mobile market leader had in 2015 business in value of 4.58 billion lei (1.03 billion Eur) and a net profit of 262 mill. Lei with 2,386 employees.

The greatest net profit of all 45 companies was recorded by the subsidiary of the American company, IBM: 68 mill. Lei, 23% up compared to the previous year. On the second place, there are the Americans from HP Romania, with a gain of nearly 59 mill. Lei.

It is worth mentioning that the ZF top does not include data for the Teamnet International company in Ploiesti, one of the largest players on the market - with a turnover of 338 mill. Lei in 2014 - because the company's balance sheet is not available to the Tax authorities. The IT integrator, known for the numerous contracts concluded with the public institutions, was controlled until 2012 by the politician Sebastian Ghiţă.

The greatest loss of the top 45 companies, nearly 53 mill. Lei was recorded by Asesoft International, part of the Asesoft group in Ploiesti.

One of the best positions in the top is held by the ETA2U group in Timisoara, founded by entrepreneur Romulus Lucaciu, with a turnover of 153 mill. Lei, 37% up compared to last year’s turnover and a net profit of nearly 5 mill. Lei.

Net Brinel from Cluj, a company owned by entrepreneur Marcel Borodi, is also among the best-placed top companies with a business of 107 mill. Lei. 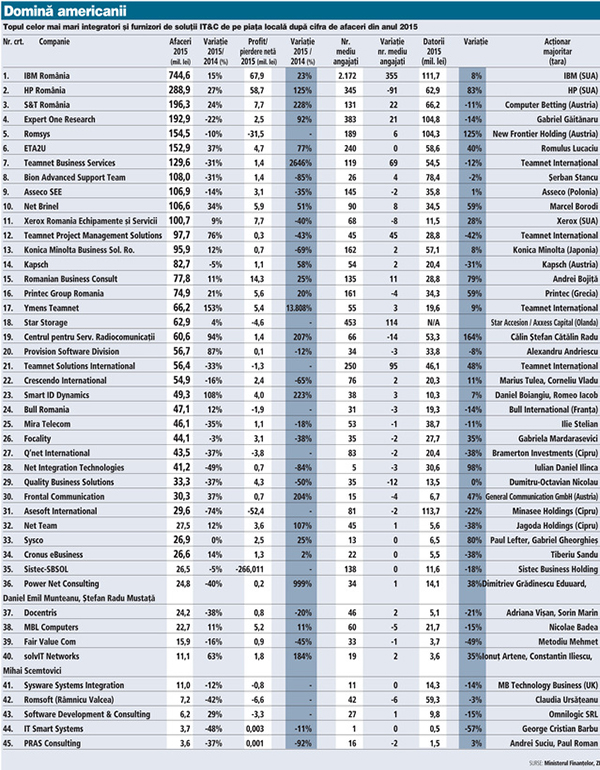 Article published in the printed edition of Ziarului Financiar on July 7, 2016