Our daily security is influenced by how we behave online

Our daily security is influenced by how we behave online 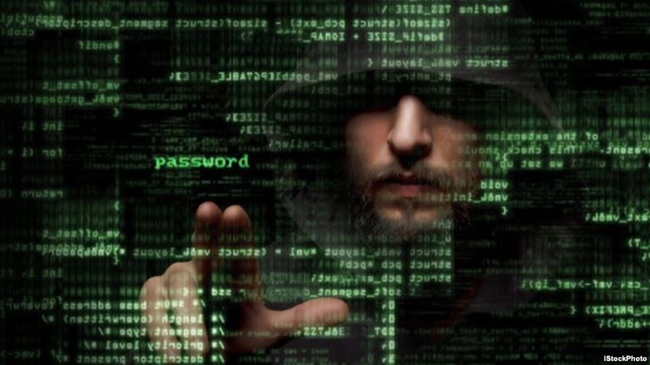 Most of the times when someone has their email account hacked or their house plundered after boasting on Facebook that they are on holiday, that very person is the one to blame. The lack of minimal concern over the use of the digital environment leads to problems, experts say. See what minimum steps you must take not to have such "digital" problems.

Cybersecurity is the current concern of the 21st century. We talk to our friends in the virtual environment, we send letters using email, and we are increasingly dependent on the digital world. However, along with the electronic environment beauty, risks come. More and more related to the security of accessing it. Unfortunately, most of us take minimum measures to protect themselves; they believe they will not be victims because they are too 'small'. The truth is that the malicious are not selective as we would believe, chasing just celebrities, and thieves even less. Our little "IT" mistakes lead to unpleasant situations.
There are a number of measures, seemingly insignificant, that we can take to protect ourselves. Security was exactly the topic discussed at this year's edition of one of the most important IT events held in Western Romania.

"Along with the technological evolution threats have also evolved and became increasingly complex. Given that we are moving towards an architecture where everything is interconnected, the completely isolated network is no longer a feasible response in terms of IT technology, or business requirements that IT must support. In these circumstances we want to prevent unpleasant situations by helping companies to secure, streamline and grow their businesses with the expertise of our partners," said Stelian Câmpianu, Executive Director of a major IT company in Timisoara.

Visible when it comes to hacking some mail accounts are only the cases of familiar names from public life. The freshest examples are those of the Romanian hacker who easily attacked and broke the e-mail address of the USA presidential candidate, Hillary Clinton or that of an Israeli firm that broke the e-mail address of the Head of DNA, Codruţa Kovesi. Can we protect ourselves against such situations? IT professionals say yes.

"Access your e-mails only on trustworthy devices such as your phone, your laptop, your tablet, not others. Your email password should be as complicated as possible, that is minimum eight characters, and it is recommendable to have among those characters, unusual ones such as, let’s say: a pound, an exclamation point, combinations of lowercase and uppercase letters, and numbers. The password should not be an easily guessed one such as Open Sesame, your name and date of birth, or the same name as the e-mail. In general, the firms providing e-mail services are also concerned with this security aspect, and they are not comfortable with such access breaches. But the user also has great responsibility in this security part and must protect themselves. First and foremost, safety starts with the user," said Stelian Câmpianu.

When we are forced to access our e-mail from another person’s device, be it a friend or a public computer, there is another risk: we are given the opportunity to tick account password retention. Avoid this option.

"Websites, if you get on someone else's computer, offer you to remember your password, that option should never remain selected. I do not save my password on my personal device either, because if someone steals my phone and breaks that access code could have immediate access to my email as well," continues Câmpianu.

Of course, the famous emails with requests for "verification" from the bank or requests for help in order to obtain miraculous fortunes have reached the mailbox of each user at least once.

"Then there are those traps put by the malevolent. It is about those trap emails from which they can obtain certain information about you, to use them later on. If you look in the history of famous hackers to break into an account they did necessarily use brute force, but information about that person: receipts from restaurant thrown in the trash, bank account statements, various information that was public about those people. This is based on simple logic, whereby a person to retain that access information will use friendly words to him/her," said Câmpianu.

Using trivial information in a password is the biggest problem of security in the virtual world.

"In terms of probability, if you make a study of the passwords used by people, I am sure that over 50-60% include their street names, their child's or wife’s name, combinations of birthdays. Therefore, from those keywords, of infinite possibilities, the hacker finds the combinations of these elements, which restricts the range of possibilities and tries until they find it," said Stelian Câmpianu.

"As you know there are networks of thieves who have specialized and use Facebook for information. They can watch if you're away from home, for example. All technology that makes our life more beautiful, on the other hand, it can be used in a negative sense and it exposes us. It is clear that if you are, what is called, a Facebook addict and you check-in that we are all now at I don’t know what party, the thief will know for sure that that house is free to be plundered", concluded Stelian Câmpianu.