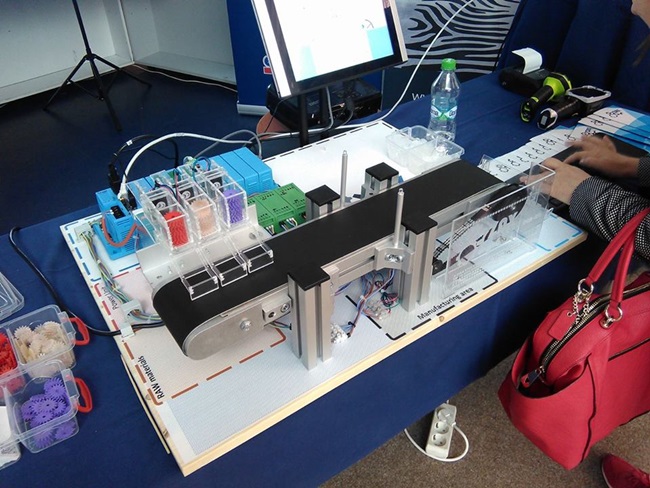 How would it feel if you knew that by checking the bar code on your morning yogurt package you could find out what animal the milk used in production came from? A software solution engineered in Timisoara can actually make this work at the push of a button.

The cheese scandal in Bradet exposed one of the most serious problems the Romanian food industry is facing: produce traceability. The law demands it, yet it does not indicate the way in which such produce ”accounting” should actually be put into practice.

He developed an application that can „track” a product starting from the raw material stage and all the way to the store shelf. For instance, in a cheese product one can actually identify the cow that was milked to make the product.

”The Romanian laws impose the existence of traceability, but they do not specify if records should be kept on paper or electronically. And I do not think that it would have been fair to impose electronic record keeping on a producer. It rather depends on the size of the company. The way things are, the data probably exist and the cheese maker has them written down somewhere, on paper, and when there is a problem he has no alternative but to stay in the archives for three days, rummaging through the papers until he finds the data'', further explained Campianu.

Such a tool proves to be extremely useful, claim the company representatives. The application developed in Timisoara, for example, is implemented in Romania, in a meat product manufacturing company, one of the largest in Europe. Its implementation allows traceability all the way to the lowest level of the production chain. It can actually indicate where the feed given to the animals that were slaughtered in the production process came from.

The functionality of the traceability software was demonstrated, on Wednesday, in Timisoara, at one of the most important events within the IT field in the western region of Romania, by means of a production ''mockup''. The cards of the participants in the event are registered in a database and a machine is used to mount small plastic wheels the cards. Once the plastic wheels are fitted up, the support card provides traceability. Subsequently, the card is scanned by a totally different system, on which the specific application was installed, and it provides all the data of the user, stored in the initial database. Similarly, the products covered by the traceability system, be them food products or non-food items, provide the consumer, but also the manufacturer or the plant manager, with all the information related to that specific product: who made it, when it was made, whether a certain human operator has a larger rate of faults detected on the finished product, or, in case of food products, if a health issue emerges, he can trace it back to the point where it might have originated from.